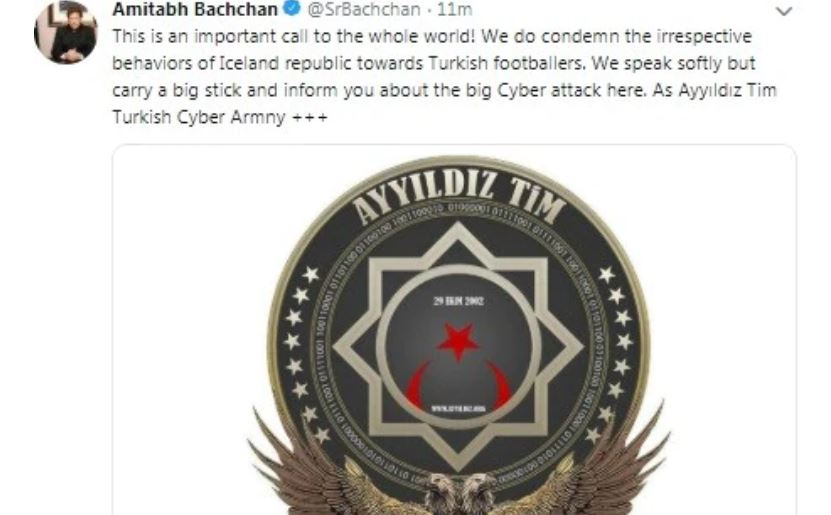 •    Hackers tweeted some pro-Pakistani posts, one of such Tweet read: “The Indian State, who mercilessly attacks the Muslims fasting in the month of Ramadan, is attacking the Ummah Muhammad in this age! Indian Muslims are entrusted to us by Abdulhamid.”
•    Turkish hackers also posted Imran Khan’s two pictures with caption – “Love Imram Khan”. Apart from this
•    The hacker also posted two images of Imran Khan with the caption: “Love Imran Khan”.
•    The pinned tweet on Amitabh Bachchan’s Twitter handle, which has also been tweeted by the hacker, has been posted by “Ayyldz Tim Turkish Cyber Armny”.
•    The tweets were followed with emojis of Pakistan and Turkey’s flags. All of the tweets have now been deleted from Amitabh Bachchan’s Twitter account. 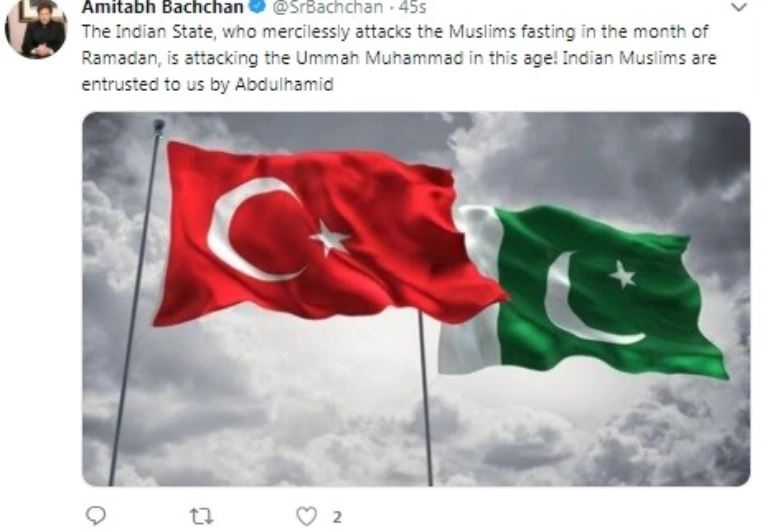 Shahid Kapoor’s Twitter account was also hacked a day after the actor welcomed his second child. The hacker has specifically written that Turkish invader Alauddin Khilji was not a barbaric invader, as depicted in Shahid’s film, Padmaavat.